In 2014, I did my first yoga teacher teacher training.
I had initially became interested in yoga after my friend in college kept saying I should go and she felt like I’d love it .

Being from Lunenburg NS, where there was no yoga (I believe there may be yoga In the community centre now), my only assumption and knowledge of yoga was what I seen on yoga journal at the Kinleys (the pharmacy) and other images I had seen on TV or ads. from this, I collected images to make an assumption at the time was , in order to do yoga and what yoga was, you needed to. This is literally what our brains do allll the time with everything and why we judge everything so quickly. Below were my thoughts at the time :

-you need to be vegan and eat granola every day

-you needed to like hard workouts and be flexible

I swear to you I thought all of things ! I didn’t know any different !

During the same time my friend suggested yoga, her Ans 2 other friends suggested I try alternative forms of healing (I had a lot of health issues I was struggling with at the time). They suggested reiki, Chinese medicine, juicing, acupuncture, etc. Again- being from Heckmans Island, Lunenburg, all I knew was to go to the dr, take what pills they said to and eat what your mom makes you (thankfully my mom is the best and makes tons of healthy homemade meals), and fast food in high schools was cool to eat and was easy to access.

After over a year of my friend Vanessa, asking me to go to yoga with her, i went. It was 90 minutes. BIKRAM HOT YOGA! For my first ever yoga class, to say that this experience was intense doesn’t really define it well enough ahahah! BUT I did learn a lot about what I liked and didn’t like in the class and I’ll NEVER forget how I FELT after the class.

I didn’t know what walking on cloud 9 meant until then. I swear to you it was like floating and being free for the first time ever. I kept looking at trees and signs and people while walking up spring garden road in Halifax thinking” I have never, ever actually looked at anything so clear before. The tree leaves were so defined. I could see people differently (it was like I was getting messages about other people even though they weren’t talking. This is how I started realizing what reading others meant, intuition, knowing on a differnt level , all those words but at the time I didn’t know what it was exactly). I was more ME. I also felt more in my body. Being sick my whole life, from the time I was born into my early 20s., I had developed a response of trying to get away from my body. I didn’t want to feel sick and I didn’t want to feel pain. So to cope I wanted to detach as much as I could form my body because I couldn’t cope. I know how this is a form of a “trauma response”, escaping the body as much as possible and disconnecting as much as you can from the body and everything around you so it’s easier to deal with what’s real and what’s not real. But, after yoga, I felt my body, I laughed out loud and I also cried really hard. I’m sure during that walk and driving in my car anyone would of seen me and thought “that girl is hysterical “ . No shame in excess of emotions you guys and girls !! I’m laughing just typing that!

I had many other amazing experiences because of my yoga practice after that first day which I will continue to write about in other posts. Also, after this first class I knew I wanted to continue with finding other yoga classes and teachers, so that’s what I did. I made a list from Google of all the places in Halifax, Dartmouth and Bedford and went. Once I found way felt right with me and I continued to have life changing experiences and healing within I knew I wanted to become a teacher so I could teach to others in the way I was feeling and Envisioning a yoga class that was more than just about “exercise”.

I found a teacher who taught her cueing with words from the heart And the world so you could really see how you and the world are 1 and you could feel a feeling in your body to make an adjustment instead of just a physical word. I told her I wanted to get my yoga teacher training and she suggested her teacher who was from Montreal. They put a program together where the teacher would come to Halifax. I signed up and was accepted but as the date of the first weekend was coming up, some of the students dropped out which caused the Montreal teacher to cancel because it wouldn’t balance out her amount of travel and costs. I suggested to the teacher in Halifax I was vibin’ with to do her own teacher training. And she DID! She created it and myself and 4 others were her first yoga teacher training students. I’m still friends with all of them from the training !

That meant 2 weekends a month I was in training. Wo fully time, babysitting for 2 families and waitressing.

I learned so much from the training and it allowed me to see who I wanted to be as a teacher even more.

we were told to not share personal things with the students because you were the guru/teacher. I didn’t agree with that and I still don’t. I’m not a guru, YOURE the guru and I get boundaries and being professional but the more real we are, as teachers and people, I believe the more our students feel like they can accept who they are and sometimes personal sharing can be woven in the class.

At the end of the teacher training, we had to do a practice class that we’d be accessed on and a final test/exam. No open book option.

I don’t know anyone that doesn’t pass their yoga teacher training. It’s like other trainings where if you pay your fee and do the work you will pass with pointers on how to improve and with practice, like what anything else, you will find your groove. I, on the other hand, didn’t pass the first time.

I didn’t have all the right answers during the exam and during practice teacher, I just teach, like I do now. I don’t write out a sequence and I don’t follow the “5 Hatha aligned steps” in each pose because I believe that mind will connect to your body on your own and I can say other cues for you to feel in your body to then express.

I was the only one in the group that didn’t pass and I really don’t know anyone else on the planet that hasn’t passed yoga teacher training. But I did.

Yes, I decided to keep going and take the test again and complete the kids training, but it did make me second guess myself as a teacher aaaaalllllll the time. My love for yoga and my reasons outweighed any doubts that I HAD to teach yoga because it’s just part of me BUT this could of been a time where I could of chosen to see the results of not passing to me that I was the worst teacher or this wasn’t meant for me and all the other negative sentences we can think towards ourselves. I’ve thought them all. This is just one scenario of how someone’s words COULD alter your whole well being, confidence and even your way of living. This is just one example of how I and YOU may not fit in to the system or structure or plan or way of those around you. It can really hurt but it’s up to you to honour your Self.

You may have already noticed times you hid parts of your Self for fear of being judged or disowned and in doing so you’ll find those parts begin to get louder. I honestly believe that this is what leads to forms of depression and anxiety because it’s emotions and our ways of wanting to express ourselves NOT being expressed. If we don’t let ourselves feel and if we don’t let ourselves be who we are fully it all gets stuck inside and needs a way OUT.

Please, don’t believe them. Believe in YOU. I believe in you.

Your expression is perfect for the planet and it’s most perfect for YOU which goj already KNOW!! It just needs to be expressed!

Check out my Know Thy Self Course to live your life with conviction and check out all my yoga offerings so you can express your Self always ! 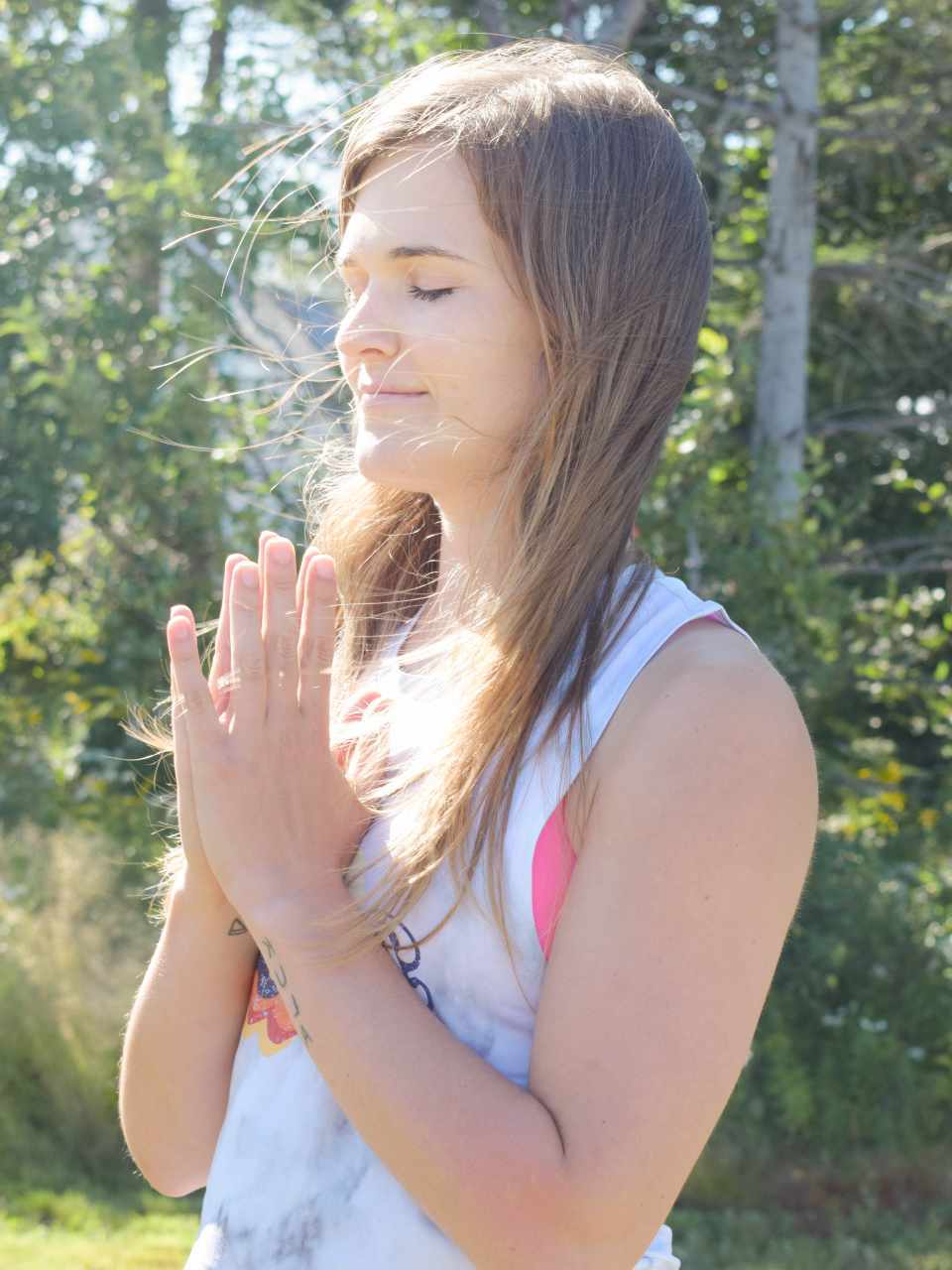 Juliane Nowe holds space and provides direction so you arrive back to Self. You have been born with the divine wisdom, peace, healing, purpose, abundace, success and will to live that you have been searching for.

If you would like to know more about cannabis and anxiety grab my free e-book here.

Get into the flow with these 3 free yoga videos!

We'll send them right to your inbox!