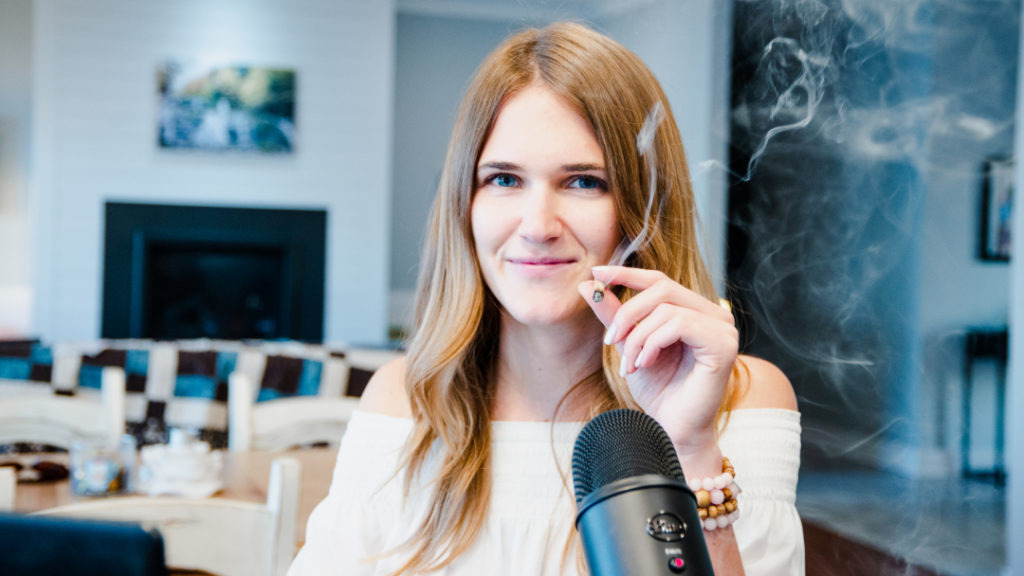 Our friends at b.blunt reached out and shared this conversation with us! You can check out their website, bbluntdaily.com!

B.Blunt sits down with Ashley Picillo, one of the authors of Breaking the Grass Ceiling, a biographical collection featuring women who have carved out opportunities for themselves and for others in the cannabis industry. Ashley is also the CEO and Founder of Point Seven Group, a female owned and run boutique cannabis consulting firm.

Tell us about yourself, what’s your story? Why did you write Breaking the Grass Ceiling? I love the name by the way–we are into word innuendos here at b.Blunt!

Thanks very much! The process was certainly a challenge! About me: I was born and raised in Massachusetts and graduated with a degree in Business from Northeastern University. I went into finance for a short while, but quickly realized that was not going to be my scene. In a stunning turn of events I applied to teach in Hawai’i as part of Teach For America, was accepted, and moved there for three glorious years working with special education students on the island of O’ahu. After teaching, I visited Colorado to complete a contracted project and was hired by a large cannabis company there to put on one of the first cannabis career fairs. We hosted 40+ companies and more than 2500 job seekers. I realized then what this industry could become and was thrilled to be offered a full time job heading up marketing and operations for a vertically integrated cannabis company. I spent the next 18 months learning as much as I could about cannabis operations. After almost two amazing years there I decided to launch Point7 to lend the knowledge I had amassed to groups starting cannabis companies in other states. Since then our growing team has worked in 17 or 18 regulated markets on everything from application writing, to facility design and most recently marketing, branding and packaging development.

The journey has been intense and I’ve met so many incredibly people — most notably incredible women. I wanted to showcase these women in a larger way and decided to apply to speak at SXSW in Austin. I was THRILLED to learn that the panel Breaking the Grass Ceiling was accepted as one of the first cannabis panels to ever be featured at the infamous SX event. As the event came together, I decided that sharing these stories in written format would be beneficial to the many women out there eager to get into this space and from there the book “Breaking the Grass Ceiling” was born!

How did you pick the 21 women featured in your book?

Funny story. I had 45 days to put together this book because I was adamant about it launching at SXSW alongside the panel. As such, part of the selection process for these women related to which women were available to participate in interviews with such short notice. I reached out to about 35 high-achieving cannabis women in the space and the 21 selected were the ones able to work with me during this tight timeline. When developing the initial list of 35, I tried to look for regional balance and story-telling balance, aiming to find women from different geographical and professional areas. I wanted to showcase the many opportunities that exist for women (and people in general) from science and medicine, to consulting, agriculture, design and HR — there are so many opportunities in this space and they do not all require previous experience growing or dispensing this plant. I am actively working on the second edition now featuring women from other marketplaces including Columbia, California and Canada!

What were some of the things that you learned unexpectedly since writing the book? Have there been any challenges that you’ve had to overcome?

The biggest surprise in putting this together was the number of women interviewed who are currently, or who were previously, pushed out of companies that they started. I knew that this was happening, but did not realize the magnitude of this issue until the interview process was underway. While the cannabis space has been described as welcoming to women, it seems that today in 2018 there is a shift away from inclusion and diversity. Women who grew these companies are — in lots of cases— being disregarded and ousted by investors and co-founders. Each story is slightly different, but the theme remains the same. What impressed me so much in putting this together was each woman’s strong desire to share their stories —for better or worse— so that new women coming into the space do not experience the same struggles as some of these pioneering women.

What’s been the reaction among your peers?

Overall it was a positive response entirely. I think people are always surprised by how quickly it came together, and of course people have made suggestions over the past year, but overall the outpouring of comments and feedback has been very special. I’ve heard from women all over the country who used this book to help educate their families (or themselves). Others have gone as far as saying that this book helped them gain support from family members who previously stigmatized the industry. I think stories about women have the ability to put lots of people at ease. Women across the country are thinking about how cannabis reform will impact their kids, schools, communities, and hearing about other women who are pro-cannabis (and still pro-community, pro-kids, pro-family etc.) is very powerful.

In your opinion what is the biggest challenge in the cannabis industry right now, specifically for women? What motivates you to keep going?

There are so many challenges in this space and they vary from one business or license type to the next. I think the three broad challenges most cannabis companies are facing right now relate to 1) banking; 2) 280E; and 3) fundraising. Banking has been an ongoing problem and I’m hopeful California will be able to get this sorted out sooner than later. Without banking, companies struggle to take on investment, pay their employees and bills, and absolutely worry about the safest ways to transport cash. 280E is still destroying small dispensary businesses, and investment is hard to come by. These challenges are not unique to women, but I do believe the issues are exacerbated for women because female-led companies have, historically, struggled to raise funds in the same manner as their male counter-parts.

How can more women get involved in the movement of marijuana legalization?

Great question. Women can get involved in lots of ways — depending on their goal. If a woman is looking to find a job in the space, I’d recommend that you begin by reviewing your core skill set. A friend of mine, Karson Humiston, coined a phrase ‘keep your career, change your industry’— to remind people that this industry needs all of the same professional services found in other industries. If you’re an Accountant — great! We need you! Lawyer? Perfect. Technical writer? Marketer? Social media maven? Think about where you shine in your current profession and start there. Karson also owns Vangst Talent (www.vangst.com) and it’s the best place to look for a career in this space, in my opinion! From there, attending events, reading and staying current on the rapid changes, and trying to connect with women who are on a similar path to yours are great ways to be involved or get involved in cannabis.

How did you get introduced to cannabis, and is it a part of your everyday life?

The first part of the book actually reads “I didn’t smoke pot – ever – not once.” I grew up (as many of us did) being told that cannabis is a drug that will make you lazy, inhibit your success and your quality of life. It didn’t take long for me to realize how wrong I was — and how wrong many of us our. It’s important for people in this space, though, to recognize that there are people all over the country who may not have access to this plant or quality information. Part of moving this industry forward means ‘meeting people where they are,’ so to speak, in their cannabis learning process.

Cannabis is an extremely important part of my day-to-day life. For the first time in my life — and yes, my parents can vouch for this — I can sleep! I’ve been a restless sleeper since I was an infant. My parents would have to drive me around in the car for hours for me to sleep and the sleeping struggle did not subside as I got older. I did sleep studies and was prescribed sleeping meds (never took them). It’s amazing what 10mg of cannabis will do for me in the evening when I’m ready to shut off my racy brain and get some rest. And getting rest has had an enormous impact on me — truly allowing me to reach my full potential in a way I couldn’t have when I was exhausted every day.

Where are you located? What’s the weed scene like there?

I started out in this space, and started my business Point Seven Group, in Colorado. When California voted to legalize recreational cannabis, I knew that’s where I had to go next. I moved here to Los Angeles recently where I’ve just set-up our second office and have been working tirelessly with my team to help cannabis businesses obtain licenses throughout California. California is unlike any other state that Point7 has written licenses for, but we’re up for the challenge and have loved every second of it so far. We’re also actively hiring technical writers so hit us up if that sounds like a good fit!

How can we connect with you and buy the book?

The book is available in Kindle and print format on Amazon Prime! You can also find us social media (@breakingthegrassceiling). Thank you so much for reaching out, Kameran! 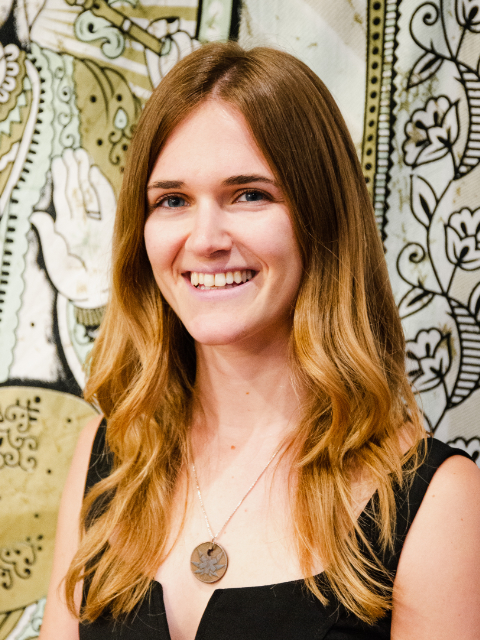 Juliane Nowe holds space and provides direction so you arrive back to Self. You have been born with the divine wisdom, peace, healing, purpose, abundace, success and will to live that you have been searching for.

Check Out my Podcast 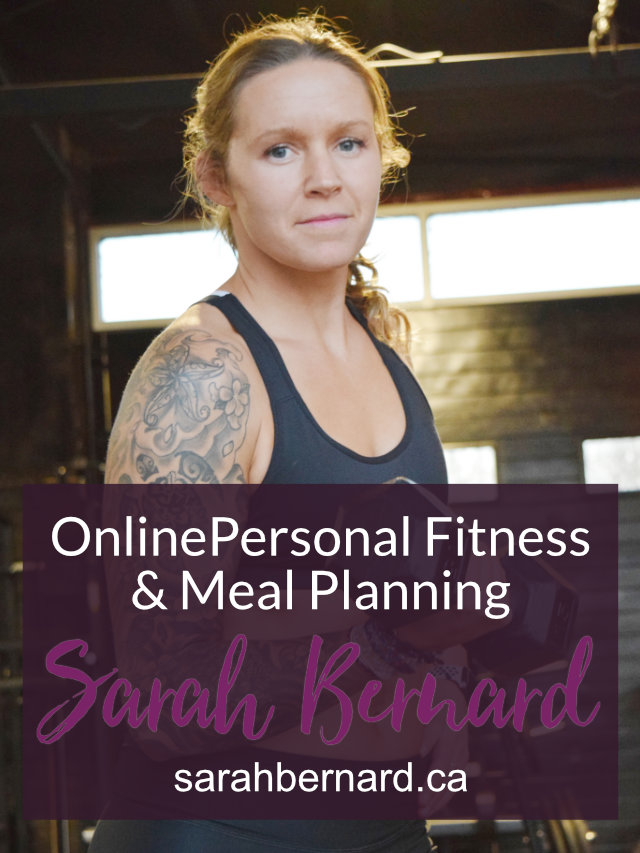 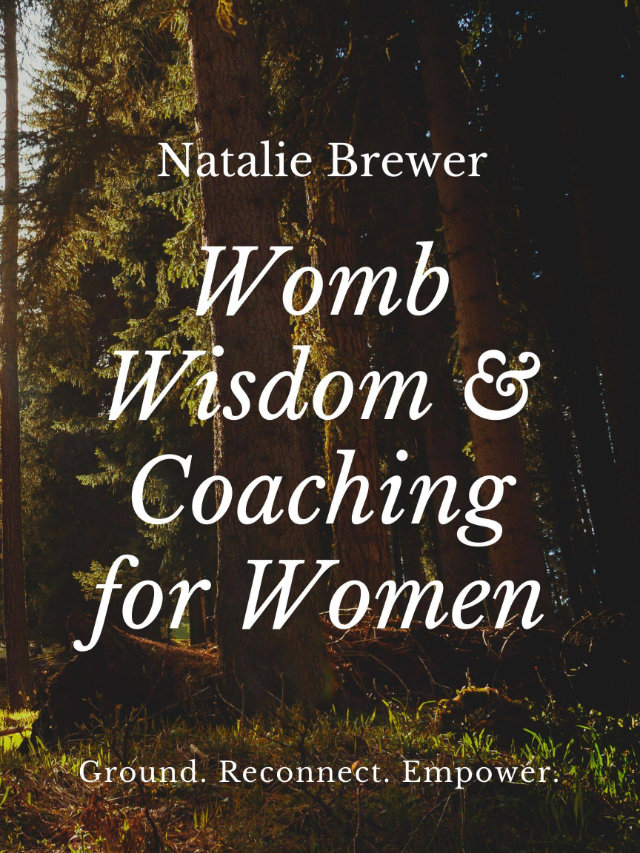 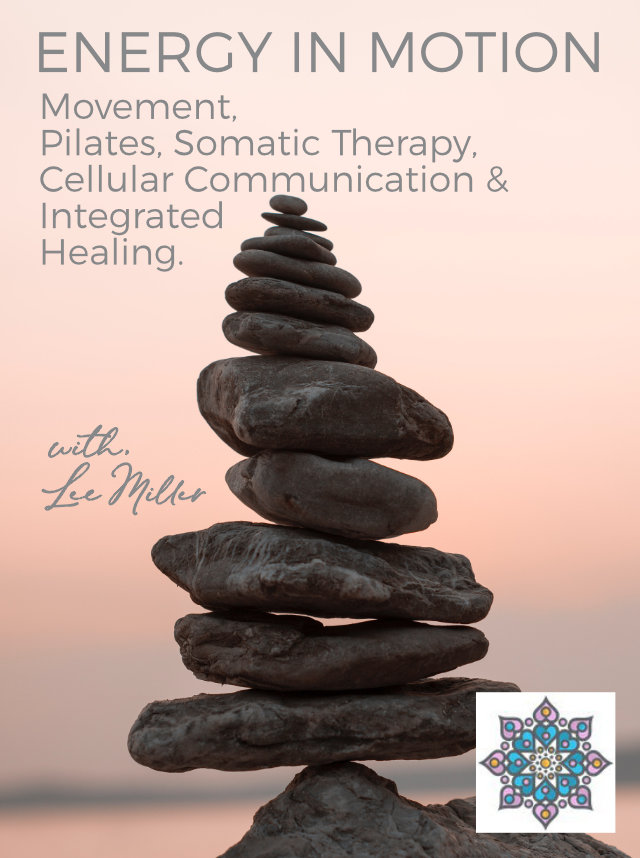 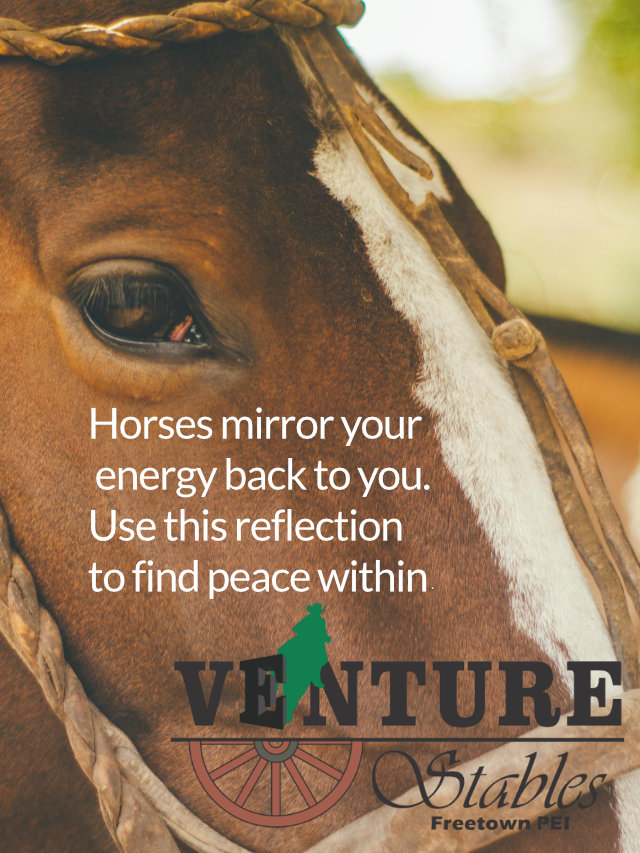 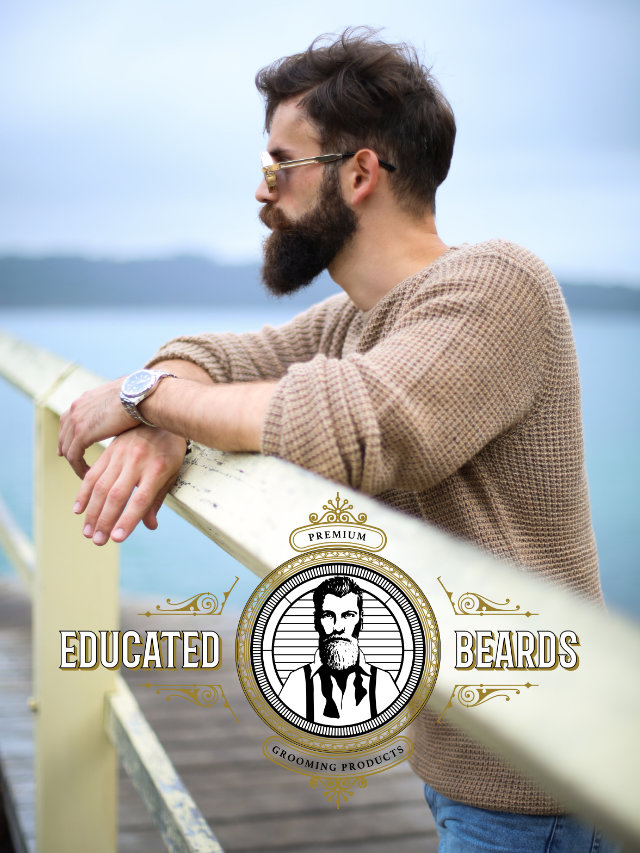 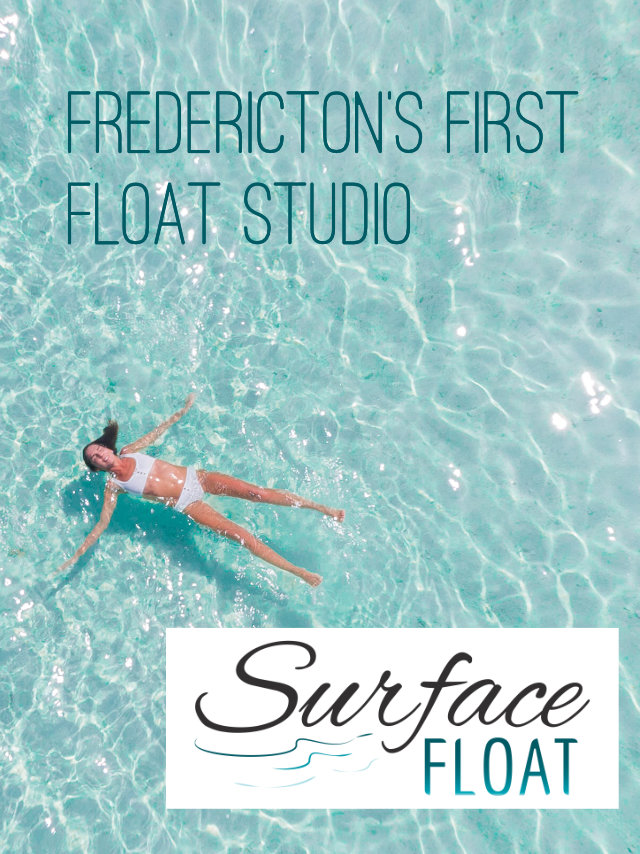 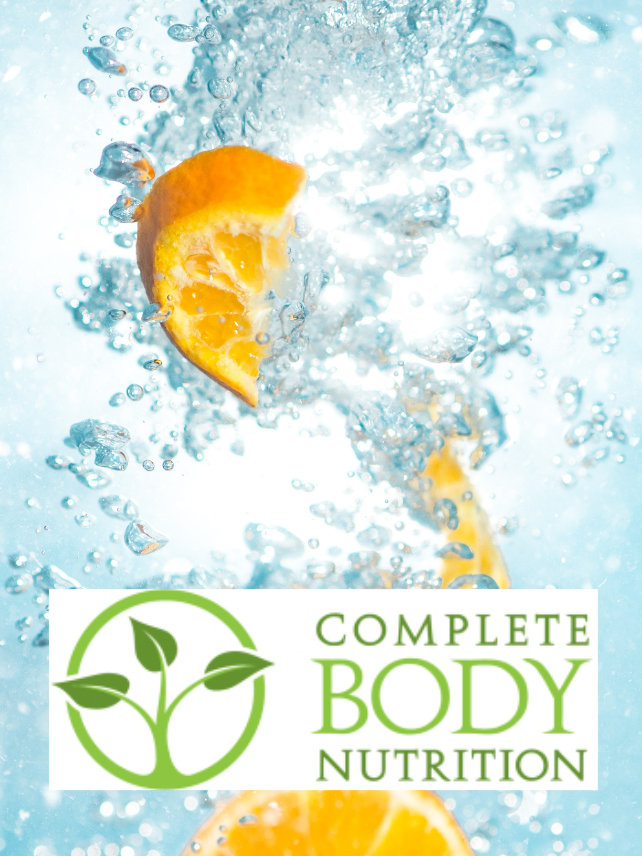 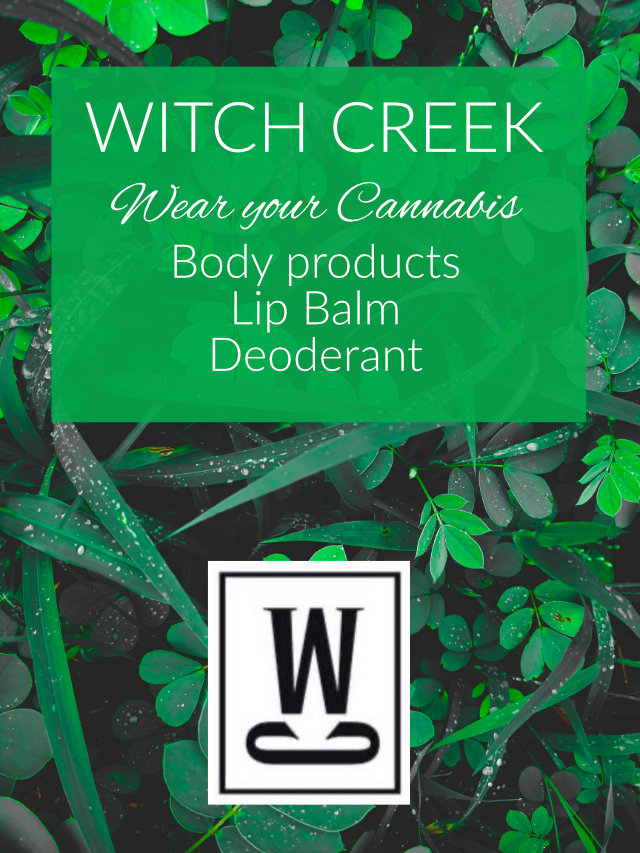 If you would like to know more about cannabis and anxiety grab my free e-book here.